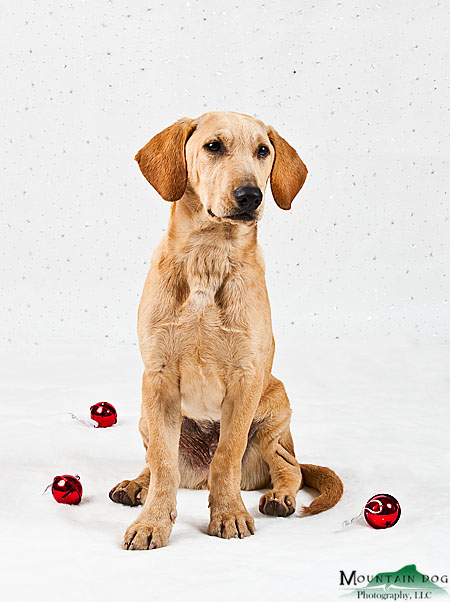 It’s probably pretty obvious that I love to work with animal rescue groups. All of my own furry family members were either taken in off the street, adopted from homes that could no longer care for them, or adopted through a rescue organization. A few months ago I was contacted by Brigitte from Golden Huggs Rescue, a group of dedicated volunteers that rehomes goldens and golden mixes. She had seen my work with the Humane Society of Chittenden County, specifically with a dog named Hayden that she had helped rescue. I offered to photograph the adoptables that she has currently in Vermont. Often their rescues come from the southern U.S., where high-kill shelters are more common. Many Golden Huggs dogs are placed in northern homes right from their southern fosters, but the group also fosters several dogs in Vermont.

Yesterday, Ian and I had the pleasure of meeting and photographing two pups that are currently available through Golden Huggs.  Cody, a 5 month old hound/lab mix is certainly one of the calmer puppies I’ve ever met. He was more than willing to sit on command and strike a few poses. He also enjoyed rolling the jingle bells around on the backdrop with his nose. Toby, a golden/aussie mix, is a hilarious little bear. He was rescued from a hoarding situation where he had almost no room to exercise and little human contact. I am always amazed at how differently dogs react when they’re taken out of hoarding situations. Some dogs will completely shut down emotionally or will be terrified of everything. Others, like Toby here, are just ecstatic to be alive and really crave attention. He will have a lot of fun playing in the snow this winter with the family that adopts him for sure! 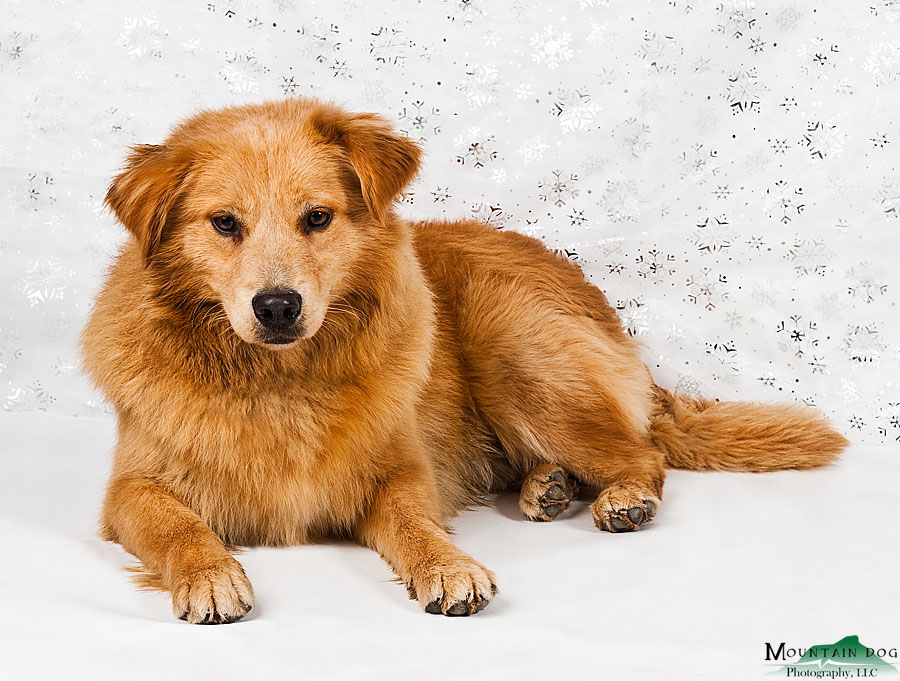 The pics are adorable as always, and the photography is outstanding! No problems with the future of these two, they will be adopted quickly. I love how the background worked for them!