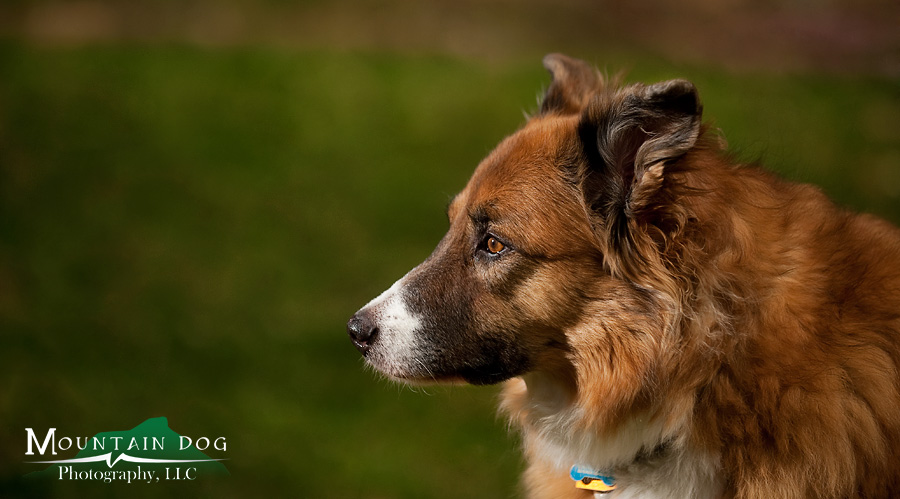 I’m sad to say that last week, Mountain Dog Photography lost one of its founding pack members.  My buddy, my shadow, my Meeko died a little over a week ago.  He had been happy and healthy until just days before he died, so this has come as quite a shock. He likely had a brain tumor that was the cause of the partial seizures he began having in March. He then developed severe acute pancreatitis and died from complications. He had just turned 11.

My family adopted Meeko when he was a puppy and I was in high school.  Nicole, my sister, and I volunteered at our local animal shelter and one week an adorable litter of border collie/aussie/german shepherd mix pups was relinquished. We had adopted Roxie, a sheltie/border collie mix, the previous autumn and we brought her to the shelter often to socialize with puppies and dogs. Roxie took an immediate liking to Meeko and would only play with him, and vice versa. Nicole and I could never just ask to bring an animal home… we always had to be sneaky. After the two of us decided he was going to come home with us we went out and started buying his toys and collar. My mom asked who they were for and we replied simply “the puppy”. Somehow we convinced mom to step foot in the shelter, and amazingly, go sit with the litter. We really went heavy on the “but Roxie really loves him” angle and it worked.

Sadly, Roxie passed away suddenly when Meeko was 4 years old. He became severely depressed and anxious. When my husband and I bought our house, he moved in with us.  Along with our other dogs, he was at our wedding with a special bandana for the occasion.  And through the years whenever I got new camera goodies, he was my test model.  Meeko was exceptionally intelligent and emotional. In addition to Meeko knowing the names of all his toys, he and I also had our own communication.  If the dogs were being called in, he would slowly sit down as if to ask to stay out for a bit longer just to take in the fresh air and watch the world go by.

Meeko is now buried next to his pack mates who have gone before him.  To commemorate them, Ian and I planted a couple of apple trees in our yard which we look forward to seeing blossom in the years to come.

Over the last week I’ve compiled all of Meeko’s portraits. He was my most photographed subject and I have thousands of images from the time he was 12 weeks old. I’d love to post all of them and give the story behind each, but I’ll stick with his final few portraits, taken two days before he got sick. The image below of him glancing at the camera is Meeko’s last portrait. Poof, just like that, my friend is gone. 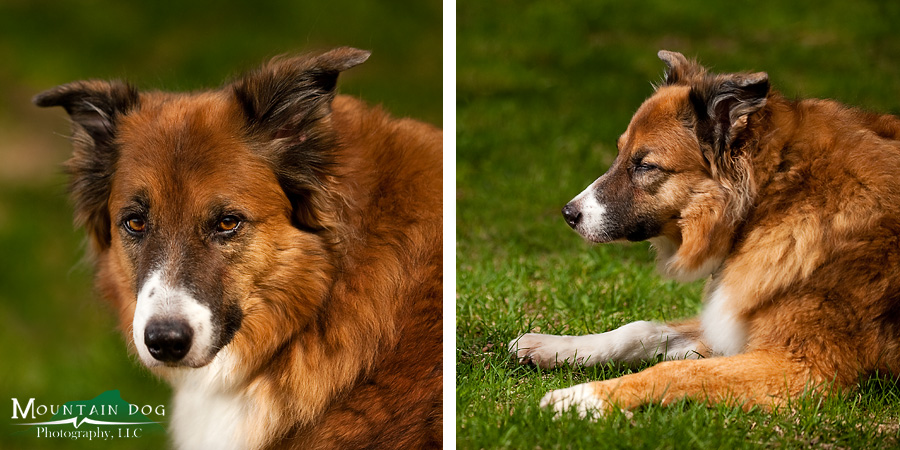 Please, even if you just have a cell phone camera handy, go take a picture of your furry, feathery, or scaly companion. You never know when he or she will go from being your best friend to “an animal you used to have”.

Thank you to all of my clients and fans, who have been so supportive and understanding as I’ve had to put everything on hold and just try to breathe in, breathe out. After more than a week without picking up a camera, I’m ready to schedule sessions again.

They are beautiful portraits Kelly. I loved hearing the story of how he came to be part of your life. I’m so sorry for your loss. I sure would have loved to meet him.