I’ve been waiting to write this blog post for a while. Early this spring I found out about The Unexpected Pit Bull, a volunteer group of rescue pitty enthusiasts, was opening submissions to their 2012 calendar to HeARTS Speak members. Dogs eligible for submission had to be full or mixed pit bull from rescue, be spayed or neutered, and be outstanding examples of the breed’s personality. I immediately thought of Hogan, the deaf pit bull born into a southern fighting ring, that had made his way to Vermont. I had photographed him at Humane Society of Chittenden County and knew he won over the hearts of anyone who met him. He loves being around people, is friendly with other dogs, and was even appointed as a canine ambassador to the resident shelter cats. Given his special needs, HSCC asked their supporters for donations to purchase Hogan a special vibration-only training collar. The response was amazing!

Hogan was adopted from HSCC by Danielle, a staff member, who had been taking him home on weekends. When she decided to move to NYC she knew she couldn’t be without him. I contacted her immediately and set up a portrait session for two days before their big move. We decided to meet at Oakledge Park in Burlington on a chilly early April evening to utilize gorgeous sunset light. Cirrus, Hogan’s new sister, was also to join us.

I already had a few portraits in my head. The only trick was going to be getting Hogan’s attention where we needed it. Obviously, all my squeakers and noise making skills wouldn’t be necessary. Hogan was also WAY more interested in meeting all the dogs in the park and out of the beautiful light. So, I took to waving sticks in the air and throwing them onto the frozen lake. There were a lot of sticks out there by the time we were done. Cirrus was not impressed by sitting on cold rocks so we photographed the pair quickly and let Cirrus wait on the grass.

Given the time each portrait took and the relative shortness of the sunset I finished with a few really solid portraits. But they really show what a good natured boy Hogan is. 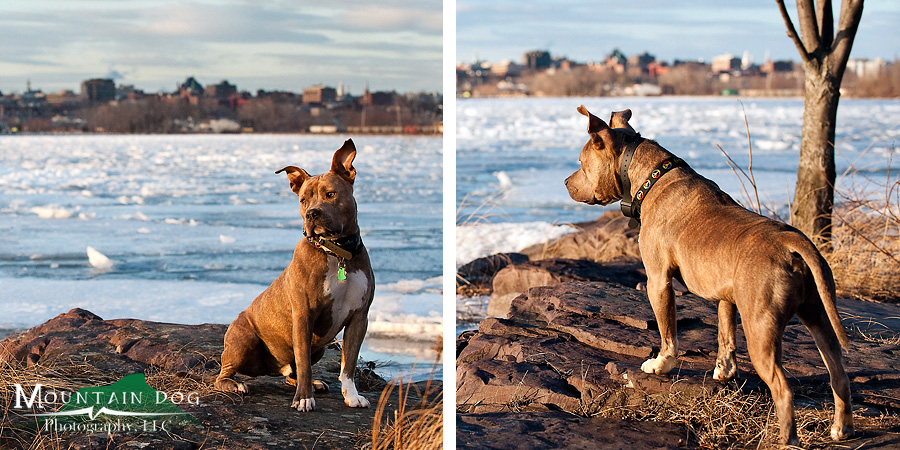 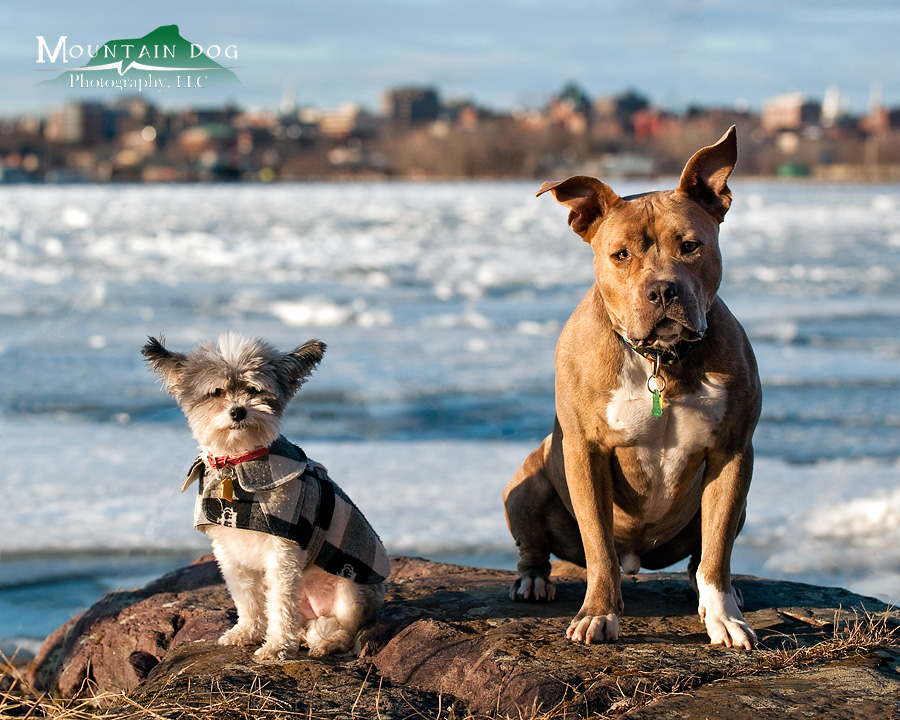 Cirrus and Hogan... they're certainly an interesting duo! 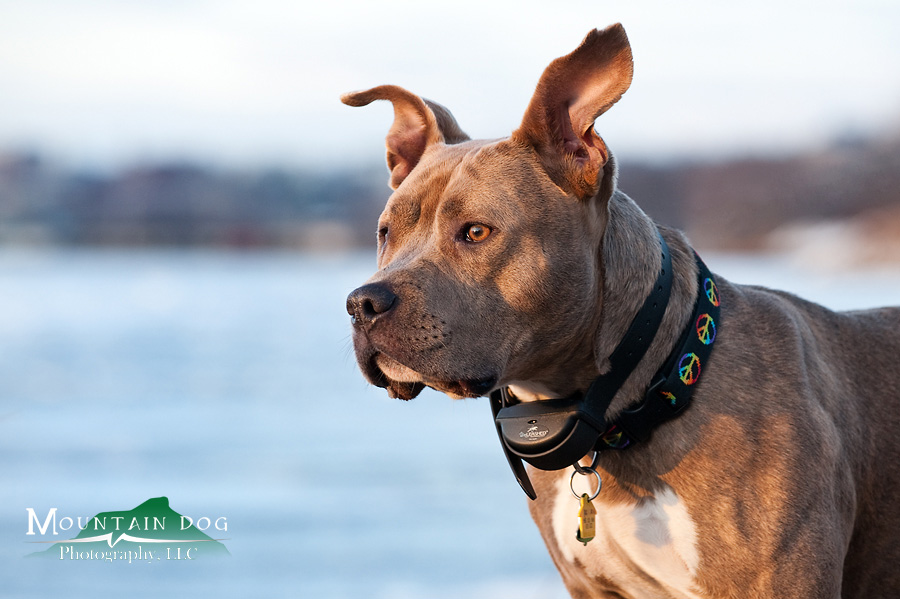 The last portrait before the sun set and the light went cool and flat.

Hogan currently lives in NYC with his mom Danielle, doggie sister Cirrus, and 5 kitties. He LOVES social time at dog parks and is undoubtedly changing some pit bull biases for the better.

The 2012 Unexpected Pit Bull calendar is available now for pre-purchase at www.theunexpectedpitbull.com. All proceeds go to your choice of select pitty rescues. Each month features a stunning pit bull with heartwarming portraits and amazing stories.

I adore those shots… has the guy from the tv show PitBoss seen this? hew ould probably be proud to have one of the calendars!

AMAZING! Congrats, Kelly! Those photos ARE gorgeous–I can see why they were selected! What a lovely wrap-up to the Hogan saga

Congrats Kelly – you know we love your pics of Hogan!!