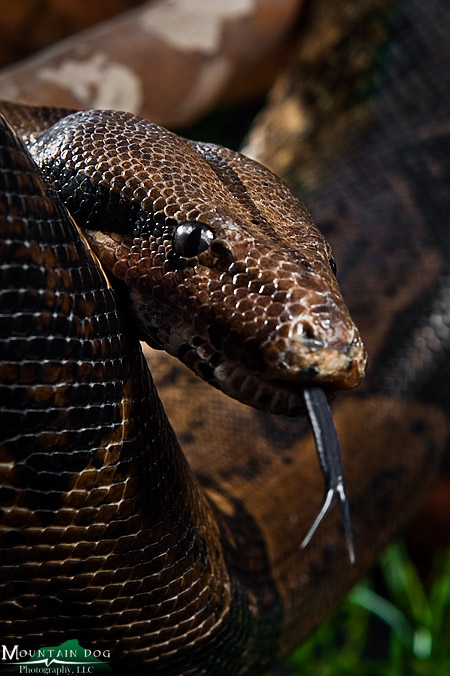 Part of being a well-rounded animal photographer is learning to work with many different species. Today I worked with JoAnn Nichols who runs Ivana Iguana and provides “Wisdom and Rescue” for some wonderful and unusual reptiles. Ian and I met and photographed 10 of those scaly creatures in what was a fun, challenging, and informative session.

Part of the challenge for me as a photographer was figuring out how to bring out the personality of animals that don’t look or behave the same way as my typical furry models. All of the reptiles certainly had their own mannerisms and although they’re not cute and cuddly in the usual sense, they are quite endearing. From Petra and Smudge, the gentle boas, to Tinkerbell, the tortoise who follows you around the room, to Pierre, the feisty iguana who is in his breeding season, each of them made us laugh and think. Some just wanted a warm place to lay and needed only gentle coaxing in order to get pleasing shots. Others were quite lively and darted around the table, requiring multiple repositions. Ian kept quite busy getting each model into position while taking tips from JoAnn on how to keep them happy. Ian can now say that he is a competent gecko, tortoise, turtle, and boa whisperer. Although he may not want to go bragging that he’s a parseltongue, lest he gets mistaken for Harry Potter (or Voldemort).

Although it’s highly doubtful I’d ever have a reptile as a pet, I do appreciate the times that I get to interact with them. Whether I’m quietly watching a DeKay’s snake in my yard or handling a shy tortoise, I feel as though I’m able to peer into a strange and ancient world. I can’t imagine these animals have changed all that much since dinosaur times and yet here they are, coping with modern humans and ever-changing environments. 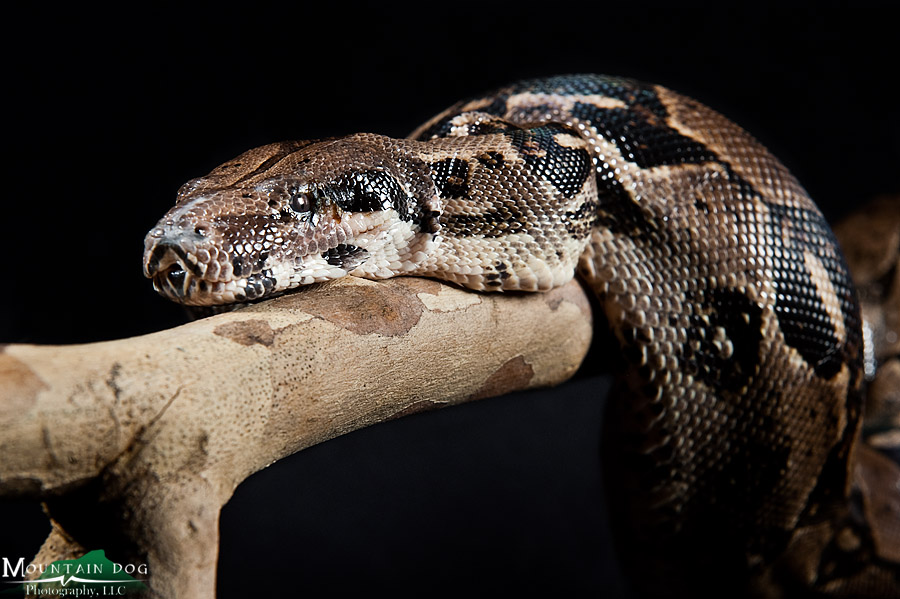 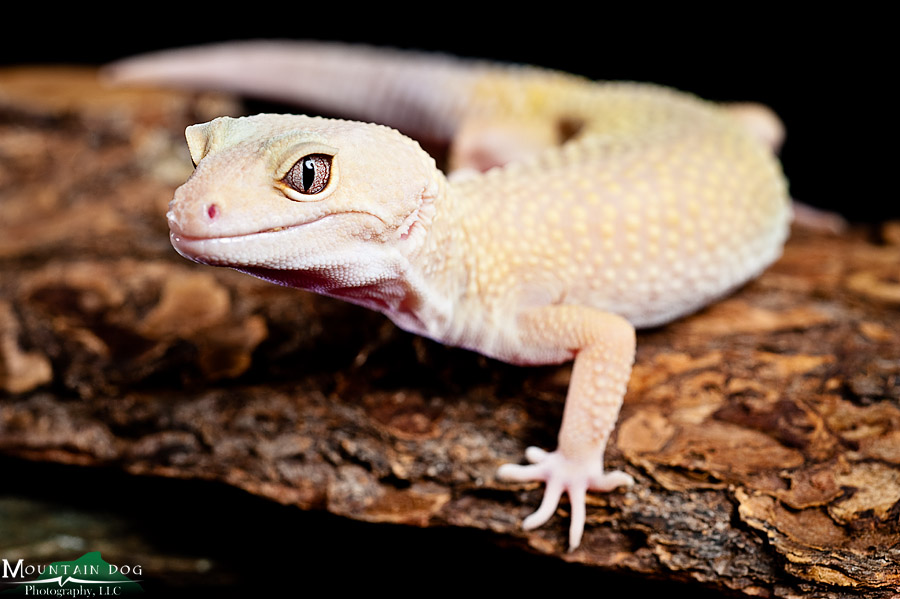 No one gets that close and personal with reptiles. Now we can see them up close without being up close. Great job!

Hello, I have to say these are some amazing pictures and I love each one of them. I love the animals themselves as well. I work with these guys almost every week as an intern for Joann and you really captured the good sides of these reptiles. I love the one of Tinkerbell, she will be missed, but we’re happy that she was adopted to a good home, same with Diesel and Herman. Smudge and Petra had babies too!! I’m going to be adopting one soon, and we found out that Smudge is actually Petra and vice versa when we found the babies alone with “Smudge” in the tank haha. We also have many new additions along with a box turtle, a baby snapping turtle, another Red-tailed boa, and of course, Smudge and Petras 11 babies. They’re adorable. I would love some of these pics for myself if you are able to send copies? if not that’s okay, but keep up the work, those are some awesome photography skills, I would love to be able to do that, or to afford the equipment haha. Have a good one
Wesley.